‘Letting our light shine as we live, love and learn, together with Jesus’ Based on Matthew 5:16

Welcome to the ‘Governing Body’ section of the website. This is where you can find out more about school governance; the role of school’s governors, and the work that we do.

Recognising its historic foundation, the school will preserve and develop its religious character in accordance with the principles of the Church of England, The Methodist Church and in partnership with the Churches at parish and diocesan level.

Trinity School aims to serve its community by providing an education of the highest quality within the context of Christian belief and practice.  It encourages an understanding of the meaning and significance of faith, and promotes Christian values through the experience it offers to all its pupils.

The purpose of the school governing body is to ensure high standards of educational achievement. Its core functions are:

Each governor has a specific role within the work of the school. The Governing Body works as a team and acts with integrity, objectivity and honesty, in the best interests of the children in our school.  The Headteacher and the Senior Leadership Team run the school on a day to day basis, but the governors provide support, assistance and challenge, acting as a "critical friend" to ensure that the school continues to maintain and improve high standards in everything it does

As a Christian school, the governors have an overriding responsibility to remain focused on the mission of the school to provide the best possible Christian education for every pupil.

The full Governing Body has a minimum of three full meetings each year.

We also have the following committees:

This committee is responsible for ensuring that our curriculum fully meets the needs of the children in school and that all children, regardless of ability or background, are given the chance to reach their academic potential. The Curriculum and Standards Committee is responsible for ensuring that the school follows the National and School Curriculum; that academic and behaviour standards are met and improved; that target setting, mentoring, monitoring and evaluation takes place; that policies delegated to the committee by the governing body are developed and reviewed and that the special educational needs of children are met.

This committee meets 3 times per year.

The committee reviews and agree the school’s proposals for the budget, review the school fund account and review and keep track of expenditure.  The committee oversees the use of premises, grounds and extended school facilities which may include - caretaking, cleaning, decorating and maintenance. It may monitor efficient use of utilities such as water, electricity or gas and maintain an overview of costs and lettings policy of premises.  Health and safety also falls within this remit. The committee is also concerned with overseeing all aspects of staffing in the school

This committee meets 3 times per year.

There are 5 types of 'governor' at Trinity School:

All governors have equal status, however they are appointed. 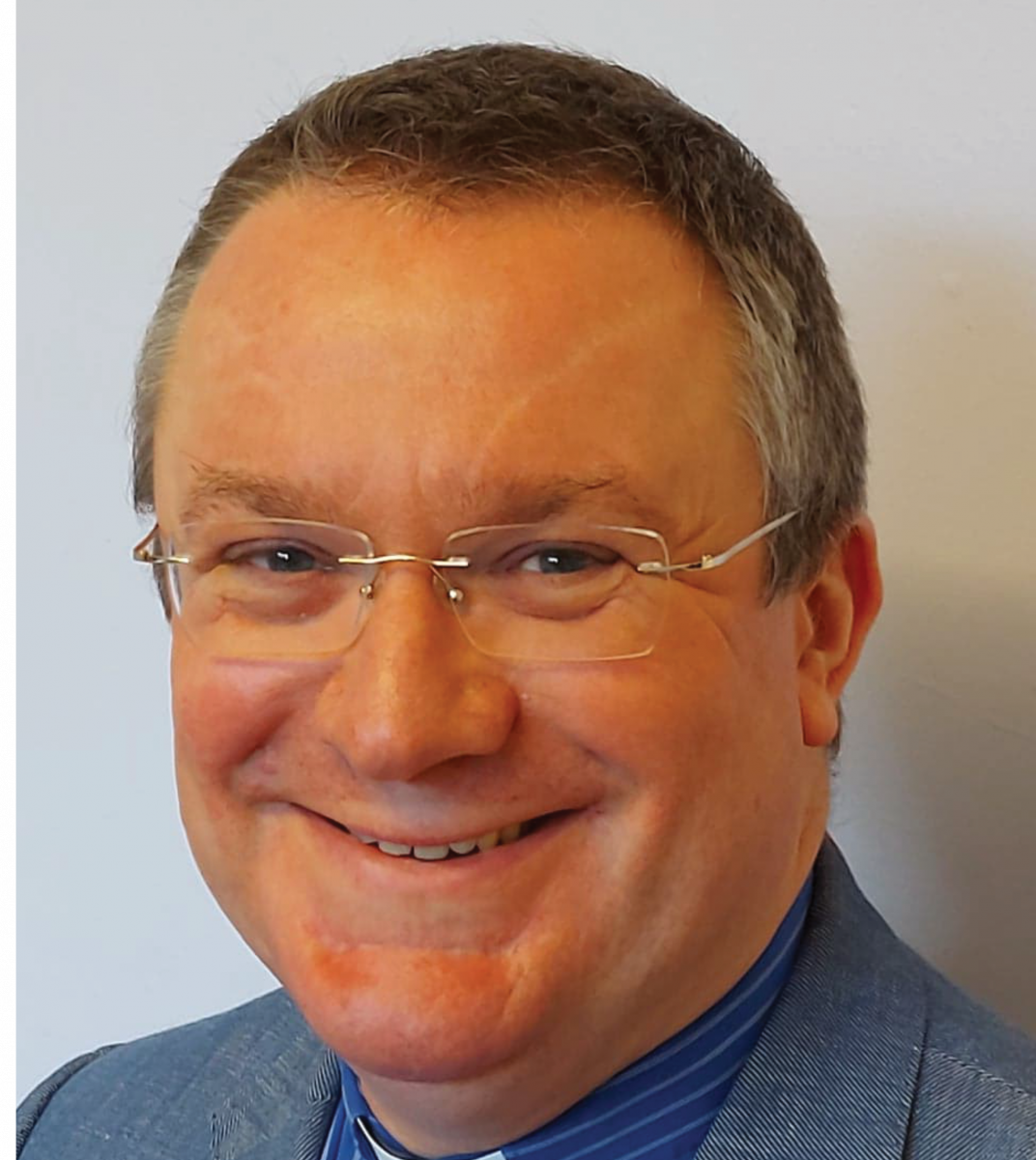 Chris has been ordained in the Church of England since 1999, and working with schools is one of his favourite parts of his job.  He has been a school governor for 17 years, first at Sutton Oak School in St Helens and then at Trinity since 2011 when he became the Vicar of St Paul’s Church.  For the last nine years he has been the Chair of Governors and Chair of the Resources Committee.  As Vicar he is a foundation governor, but he also has two sons at the school who are really enjoying their time at Trinity.

Jayne Curry - Foundation Governor and Chair of the Standards Committee 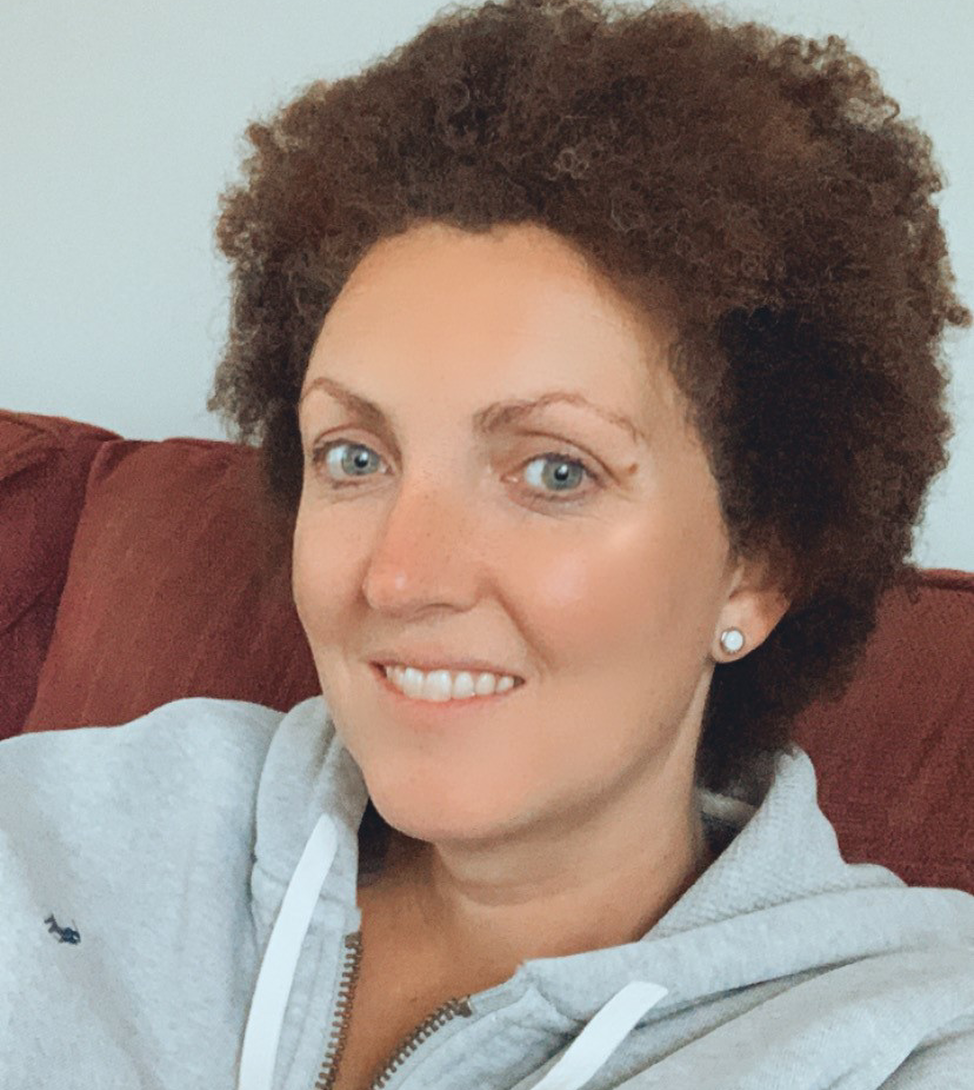 Jayne is currently serving her 3rd term as a foundation governor on behalf of St. Paul’s Church. Jayne's governor responsibilities include attendance and Pupil Premium. Having attended Trinity many moons ago Jayne still sees Trinity as a shining light in the community and is proud to be a part of the Trinity family.

Catherine has been a parent governor at Trinity for 7 years, Catherine currently has 2 children at Trinity and has watched her children (and their peers) develop into confident, resilient and well-rounded individuals. Trinity truly is a special place and Catherine feels privileged to be a member of the governing body. Catherine is a special needs teacher and is passionate about ensuring that all children receive the best education, Catherine proudly supports Trinity in encouraging all children to let their light shine. 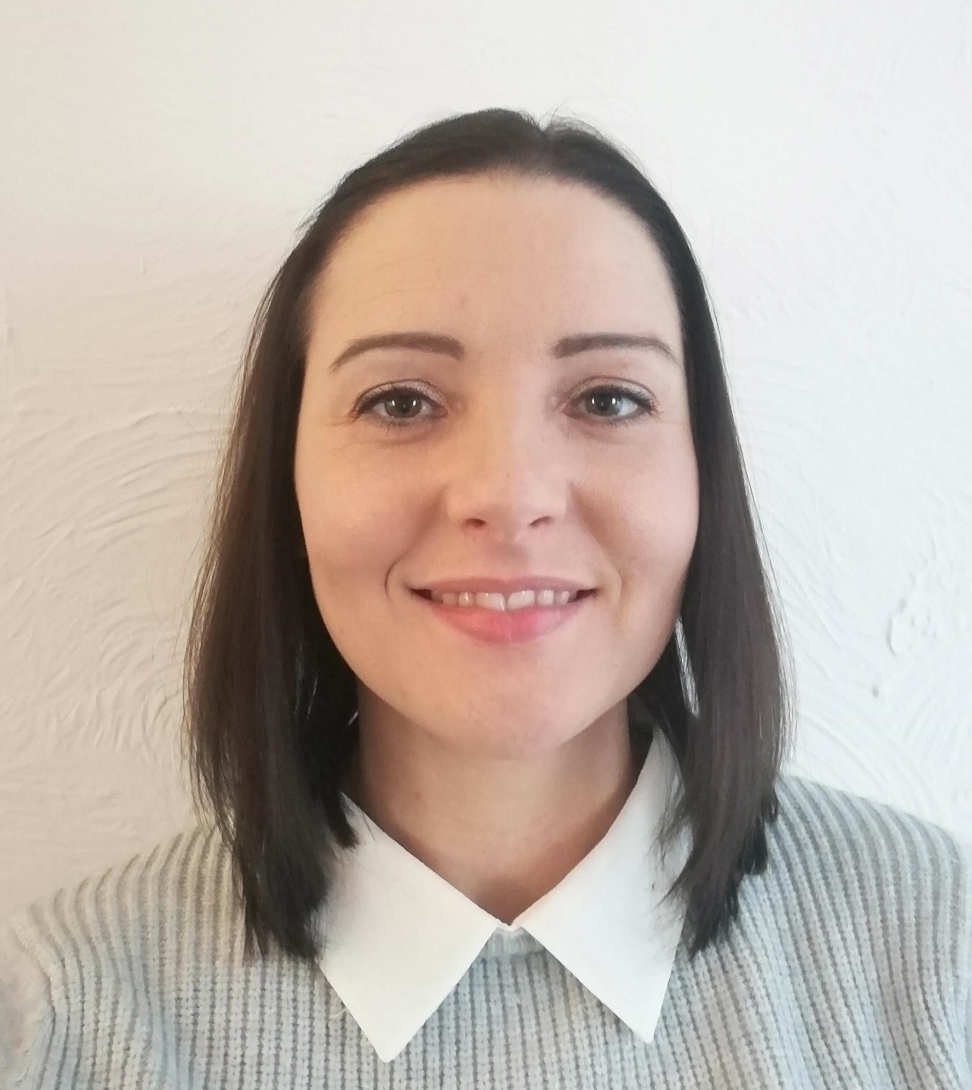 Emily has been a Parent Governor since March 2020 and has a son in year 3. Emily has a great interest in the school’s development and like many parents, really enjoys getting involved in school events and fully believes in the importance of a great relationship between parents/carers and the school to achieve the best positive outcomes for the children. Emily has worked as a book-keeper for the same employer for 16 years, a job which she loves doing.  Emily's hobbies include baking, reading and generally doing things together and having fun as a family. 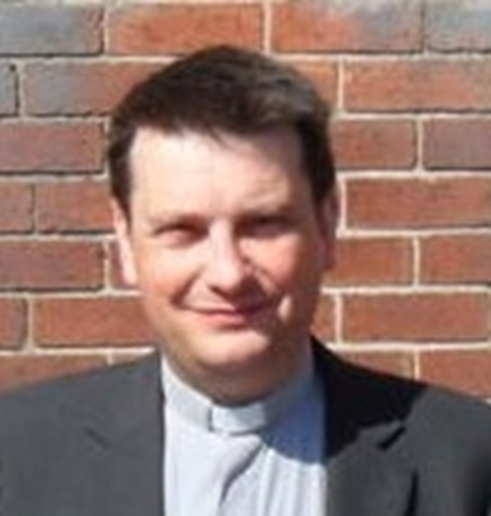 Michael is Superintendent Minister of the Lancashire West Methodist Circuit, an area which covers ten Churches and four Primary Schools, and first became a Governor at Trinity in 2011 when the Circuit was created. Michael first became a School Governor twenty-four years ago, in his first appointment in Blackpool, where he was invited to become a Foundation Governor of the local CofE School his daughter attended.  Michael enjoys regular visits to Trinity to lead Collective Worship, and is pleased to have recently had the opportunity to rejoin the  Governors after a three year gap. 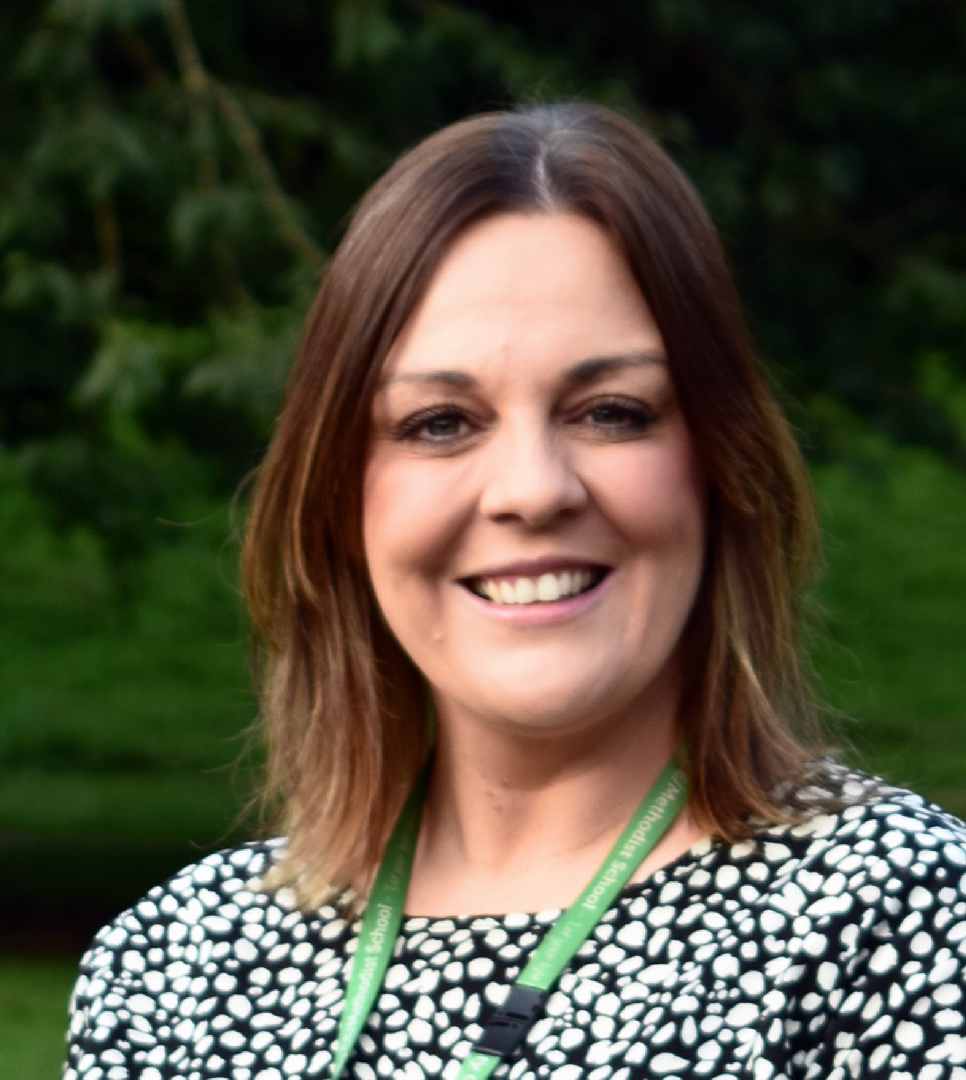 Mrs Winstanley has been teaching since gaining her honours degree with Qualified Teacher Status in Primary Education and Science from Edge Hill University in 2001.  Since then she has taught in 2 schools, completing 2 years at All Saints primary school in Hindley before landing her dream job at Trinity. In the last 17 years, Mrs Winstanley has worked across all Key Stage 1 and Foundation Stage classes and is currently loving life as the Year 2 teacher where she relishes in the opportunity to prepare her pupils for their end of year assessments and their all important transition into Key Stage 2. Mrs Winstanley has also been our Deputy Head teacher for many years and is committed to working alongside Mr Currie and the fabulous Trinity team to make Trinity School the special place that it is today.  Mrs Winstanley loves working in a Primary School and feels privileged to play a crucial role in shaping the minds and personalities of each and every child that is a member of our school family.  Mrs Winstanley is passionate about providing a curriculum that enriches the lives of children, providing each child with a wealth of experiences and opportunities that prepare and shape them into becoming a life long learner and being the best that they can be!  She works alongside Mr Currie to ensure that children receive the best education and together they champion the schools commitment to ‘Letting your light shine’ for all. 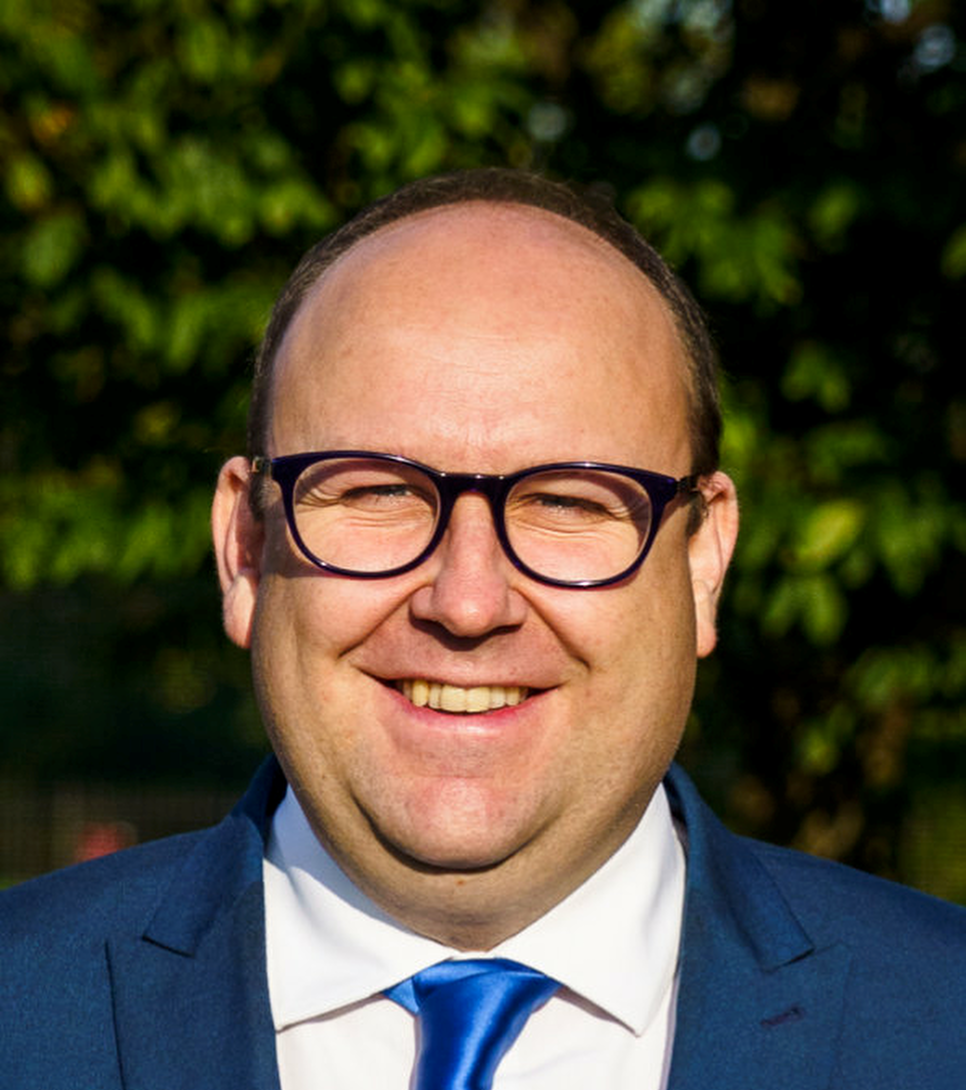 Mr Currie has been teaching since gaining his honours degree with Qualified Teacher Status in Primary Education and Religious Studies from Edge Hill University in 2001. Since then, he has taught in three very different schools and lectured in a leading university. In 2009, Mr Currie gained the National Professional Qualification for Headteachers (NPQH), and became Headteacher of Mawdesley St. Peter’s CE Primary School. In 2014, he became Head of Primary Education at Edge Hill University, leading the design and delivery of innovative programmes providing an exciting opportunity for students to train to teach in Key Stage 1 and Key Stage 2. In September 2015, Mr Currie secured his third headship which at All Saints Church of England Primary School. It was at All Saints that Mr Currie worked with the team to launch high quality school based Nursery provision for the families of the village. In 2019 Mr Currie was delighted and honoured to be offered the post of headteacher at Trinity School. Mr Currie loves the buzz and challenge primary and early years education in schools. His approach is centred around creating an inspirational curriculum, full of opportunities and experiences, coupled with innovative teaching and learning. He works to ensure children receive the very best education which inspires them and prepares them for later life. 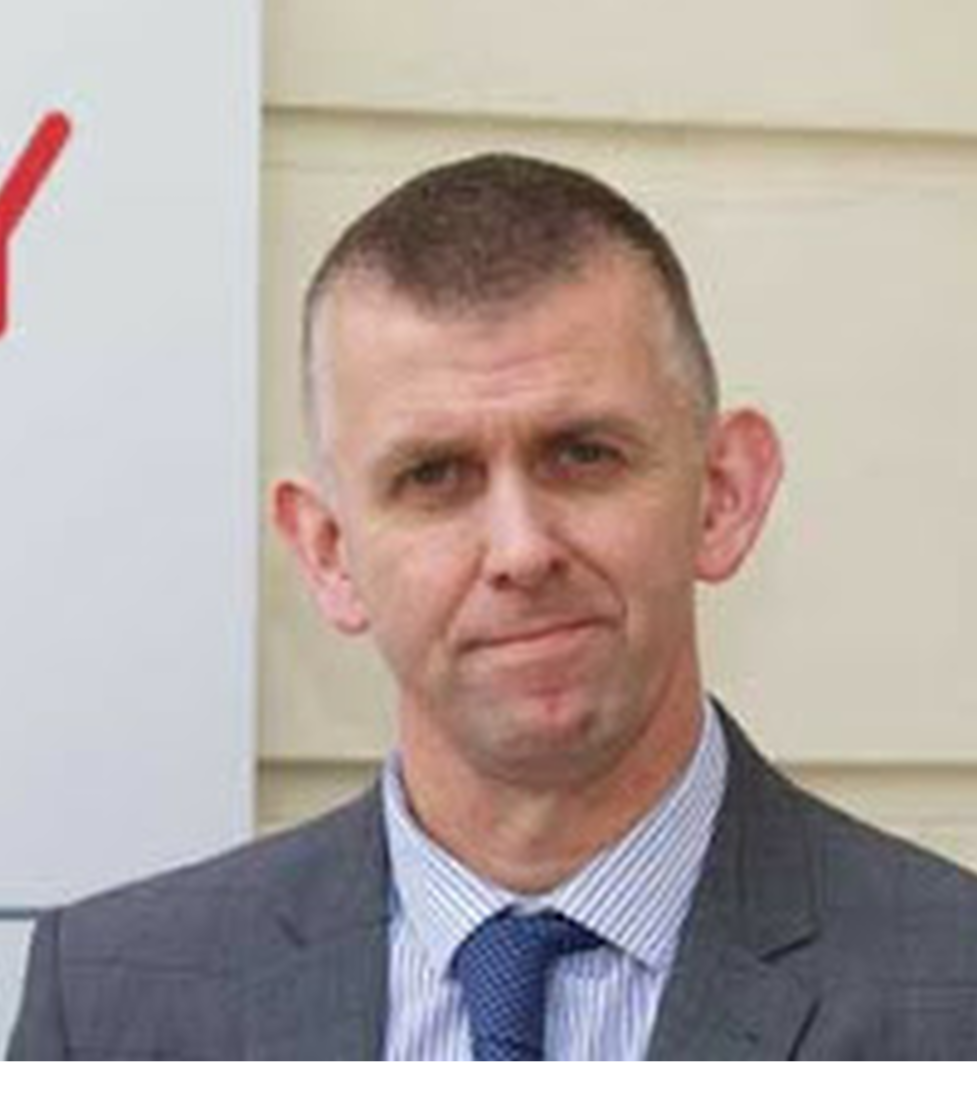 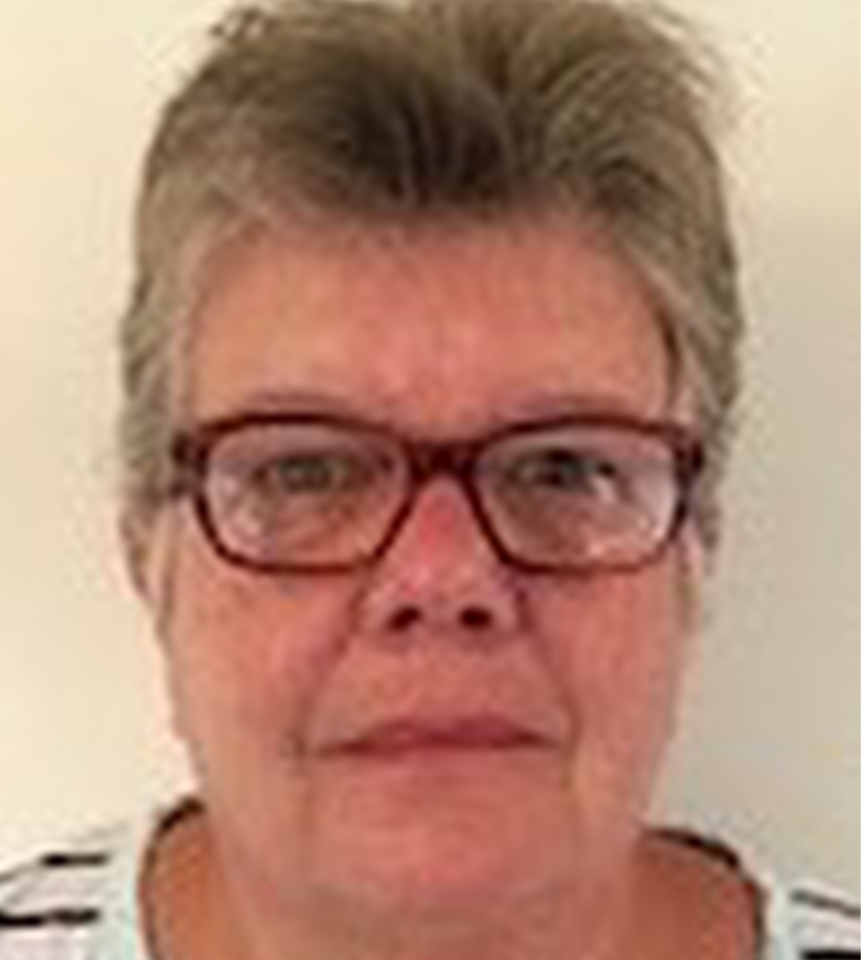 Elaine's family has lived in Skelmersdale for 45 years.  All three of Elaine's children and three of her grandchildren are or have been educated in Skelmersdale Schools and have gone on to succeed in their chosen career paths. Prior to retirement in early 2018 Elaine worked for Lancashire County Council in the Library Service and for most of that time was based in Ormskirk and Skelmersdale Libraries - Elaine was based at Skelmersdale when the Library at the Concourse opened. For the last 15 years with LCC Elaine was seconded as a full time Trade Union Representative (UNISON) with particular responsibility for assisting support staff in all Lancashire Schools. As retirement approached, Elaine thought she would like to maintain her link with schools and applied to be a Governor. Elaine is thoroughly enjoying her time as a Governor at Trinity Primary School watching the school community grow and develop. 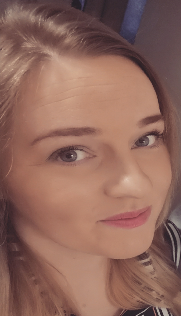 Gemma Darley has been a Parent Governor since 2017. She currently has a son in year 3. She is passionate about education and currently works in a Special Educational Needs setting. Gemma feels privileged to be part of the Trinity community and enjoys attending as many events as possible. Gemma enjoys reading and spending time with her family. 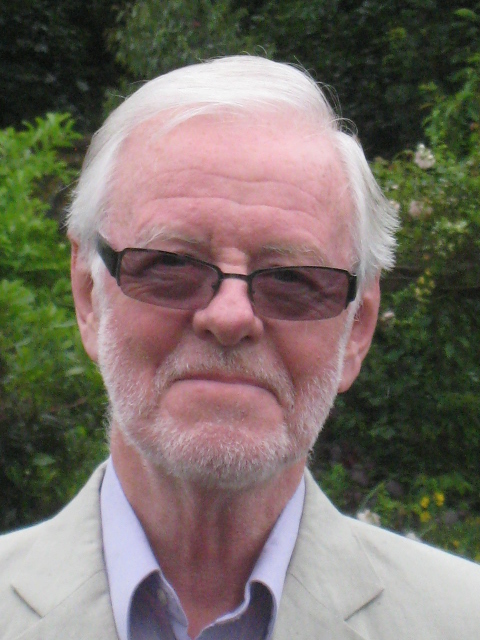 Derek has been a Foundation Governor at Trinity School, representing the interest of the Methodist Church, for close on 50yrs. Nobody can remember when he was appointed but boasts that he was on the panel who interviewed and appointed Mr Bain for the post of head teacher in 1970's Having lived in the Skelmersdale area for most of his life, he has devoted his time to voluntary work amongst the town community and its surrounding area. This work was recognised in 2012 when he was awarded an MBE by the Queen. He was appointed a magistrate in 1975 and served on the Ormskirk Bench for 25yrs from 1975. He has two stepsons, now in their 50+yrs, who attended Glenburn school, have excelled in their careers, which they attribute to their Skelmersdale schooling. Derek is an Electrical and Electronics Engineer by discipline but entered a new career with his wife in the publishing world in 1982 and established the Ormskirk Book & Art Shop. He has a sound knowledge of finance and property matters and is an active trustee on several charitable trusts where he has responsibilities for finance. Whilst he has had several governor responsibilities at Trinity, he continues to serve on the Resources Committee where he believes his knowledge is best used. He continues to support the Christian ethos of the school which he has helped to maintain since his appointment. 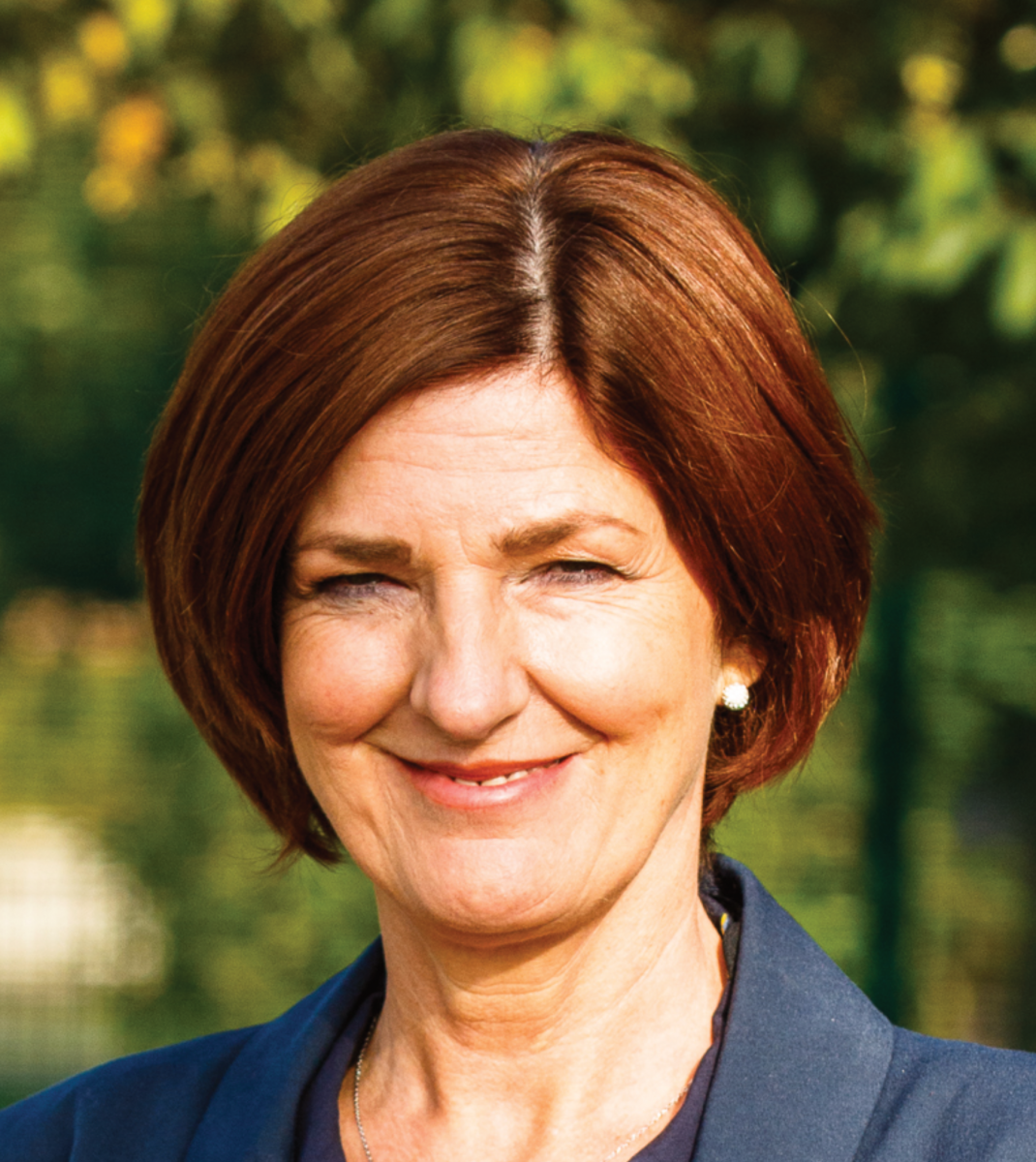 Jill is serving her third term as a teacher governor. Jill has been teaching since gaining her 2:1 Honours degree in English Language with Literature at Edge Hill University as a mature student and then her Post Graduate Certificate in Education (PGCE). Since that time, she has taught Year 5 in Burscough Bridge school and from the time she joined Trinity, she has enjoyed teaching children in Year 6, Year 3 and is currently loving shaping the minds and inspiring children in Year 4. Jill is passionate about high quality, differentiated teaching and learning so that all children can achieve their personal best in order to give them the best life chances, a lifelong love of learning and a belief that they can achieve their goals, dreams and aspirations. Jill has said she feels privileged to have been part of the Trinity team for the last 20 years.